For more, visit my site: www.rolyplatt.com 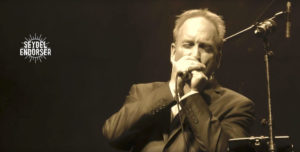 • Has been Recorded on over 1,800 Individual Album Cuts, Movie Scores and National Jingles

“The most versatile harp player I’ve ever worked with. Blues, Jazz, Country, he does it all.”
– David Clayton-Thomas

“Roly’s playing is confident and lyrical…reminiscent of J.J. Milteau’s earlier recordings and it should certainly appeal to fans of high-end harp looking for something which breaks out of the traditional blues mould.”
– Steve Baker

“Consummate harp playing…you can practically see the smoke rings every time he puts his lips to the instrument.”
– PopMatters Magazine

“Like Sugar Blue, harmonica ace Roly Platt pushes the instrument’s borders. Like Charlie Musselwhite, Mr. Platt demonstrates that the blues harp can be right at home in a wide range of material without losing touch with the roots… kick-butt and decidedly fresh sounding”
– Roots Music Report (5 Stars)

“There are few who can play the harmonica as well as this world class session harmonica player. If I were to go out and buy just one harmonica album Roly’s “Inside Out” would be it. And I’d sit it comfortably next to such classics as Jimmy Smith and Miles Davis.”
– World of Harmonica

Roly has enjoyed a long and very rewarding career as both a live and studio harmonica player in the Canadian scene for over 40 years. He has had the pleasure of touring and recording with many greats in the business, including: Matt Minglewood, Dutch Mason, David Clayton-Thomas, Rita Chiarelli, Suzie Vinnick, Rick Fines and Ronnie Hawkins.

Roly’s distinctive sound, versatility, and intuitive sense of “what works”, has elevated him to “first-call” studio harmonica player in the Canadian recording scene.

Roly has been recorded on over 1,800 individual album cuts, movie scores and national jingles.